The area has been occupied for thousands of years.  For example, an early Bronze Age (c. 2000 BC) barrow cemetery has been found in Lockington.  During the Iron Age and Roman occupation, the area was occupied by the ancient British Coritani/Corieltauvi tribe.  Romano-British sites have been identified at Red Hill and Lockington.

In about 80 AD the Romans built a road from Derventio (now Little Chester in Derby) to Sawley, probably to cross the Trent at Billy Stones ford.  There are still traces of a Roman marching camp in a field near the church.  Derventio was a small Roman town in what became the province of Flavia Caesariensis in the early 4th century.  Draycott Road follows approximately the alignment of the old Roman road.  In the 5th century Roman influence dwindled as their empire collapsed and the Anglo Saxons arrived on the coast of (what became) England.

There are no firm indications of anyone permanently living in Sawley before Angles came up the River Trent, possibly in the late sixth century or early seventh century.  They settled on the rising ground where the parish church now stands.  Because the ground was originally covered with sallow willows, salh in Anglo-Saxon, they called it ‘Salloe’ or ‘Sallé’, meaning the hill with willows, and this eventually became ‘Sawley’.

Sawley became part of the Anglian kingdom of Mercia.  In 775 Offa, King of Mercia made Tamworth his capital.  All roads led to Tamworth, and the highway from Salloe became Tamworth Road.

Viking invaders, who sailed up the Trent from Nottingham to Repton in 854, may have attacked Sawley on the way and burned Sawley Church.  Wilsthorpe (Wifel’s outlying farm) is a Viking name.  From 884-910 Sawley would have been part of the Danelaw, under the self-governing Danish government in York, until being recaptured by the Saxons and Mercians.  Sawley was in the Morleston wapentake (the Danelaw name for a hundred) and later in the Morleston and Litchurch Hundred.

As Sawley belonged to the Bishop of Lichfield (i.e., the bishop was the lord of the manor) there was no change in ownership after the Norman invasion in 1066.  The bishop would have received rents from tenants, the income from his farming land, plus local legal fees and fines.   The community of ‘Salloe Soke’ comprised Sawley with Wilne and Wilsthorpe, the hamlet of Draycott and Hopwell, and the lordship (not let out to a sub-tenant) of Long Eaton.

The Domesday Book of 1086 records that the bishop’s lands in Sawley, Draycott and Hopwell included 42 households (29 villeins or villagers and 13 bordars or smallholders), a priest and two churches (Sawley and Wilne), a mill, meadow, woodland pasture and a water meadow.  The remains of a later water mill, dated to about 1140, have been found in gravel workings south of Sawley.  The manor of Salloe was valued at £8 per annum, a considerable sum at the time.   By the late 13th century this had risen to over £66, the third highest in Derbyshire (after Bakewell and Chesterfield).

In 1130 Bishop Roger de Clinton re-organised the finances of Lichfield Cathedral and transferred part of the manor of Sawley to a prebendary manor, the profits from which supported the cathedral treasurer.   The other parts of the original manor remained under the ownership of the bishop.  The cathedral treasurership was only a part-time role and the prebendaries either had to live at Sawley and take church services or appoint a vicar in their place.  Sawley became so prosperous that the manor was known in the Middle Ages as the ‘golden prebend’.

Sawley was important not only because of its rich farmland, but also because it commanded a river crossing.  The River Trent remained fordable at Sawley, except in times of flood, until weirs were constructed at the end of the 18th century.  From the late 11th century to the early 14th century a bridge crossed the old course of the Trent a mile upstream of the current bridge.

In the Sawley Charter granted to the Bishop by King Henry III in 1259, Sawley became a town by being granted the right to a weekly market every Tuesday and an annual fair for 3 days at Michaelmas.  Around the same time the first of several additions were made to All Saints Church.

In 1549 the bishop sold his part of the manor of Sawley to Richard and Thomas Whalley, who sold it on to the Stanhope family of Elvaston, who later became the Earls of Harrington.  For a time Nottinghamshire and Derbyshire held a joint assizes in Sawley.

Strip farming, whereby the tenants farmed strips of land in large fields, was used in Sawley throughout the Middle Ages, and there are several fields showing the ridge-and-furrow which is the legacy of this pattern of cultivation. Enclosure began, with consolidation of some holdings, in the 17th century, but the major enclosure took place as a result of the Sawley Enclosure Act of 1787.  See also agriculture.

Bothe Family.  The influential Bothe family are commemorated in striking monuments in the church and have also given their name to Bothe Hall, which in its present form is a Georgian mansion standing in its own grounds near the centre of the village.  Dame Robert Bothe of Sawley became the Abbess of the Augustinian Convent of Grace Dieu in Leicestershire and was the Founder of the Order of The White Nuns. 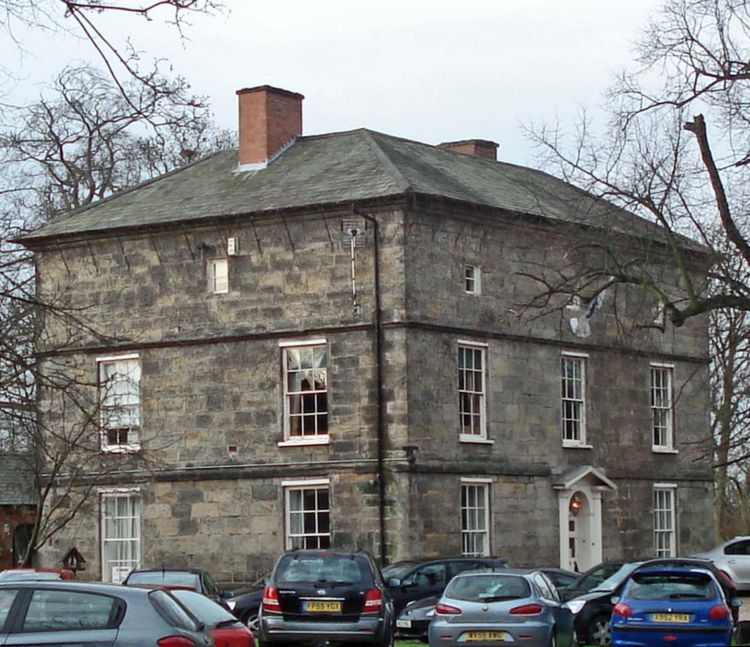