The first part of Fairfield Crescent was known as East End until the late 1960s.   Beyond this short road there was Ivy House Farm and the Fair Field (the area traditionally used for the Wakes(fair).

There was a pond in the corner of the plot, next to the Twitchell which ends opposite Lock Lane.

The large building at the corner of East End was demolished in 1970.  The large window on the right of the picture was a general shop (Garfield’s and later Cowley’s).

Firs Farm is on the left of the photo.

The electricity substation on the twitchell to Firs Street is still labelled East End. 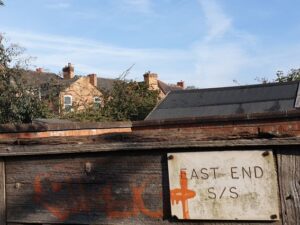 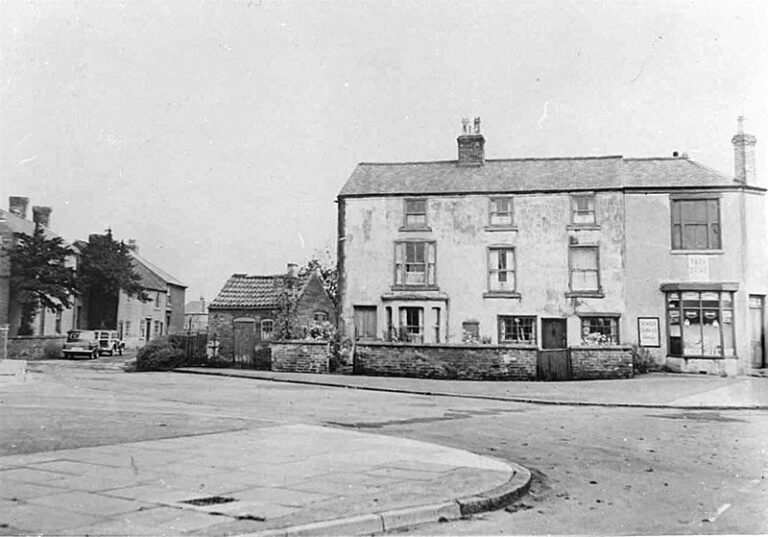