The legend is that a party of monks rowed downstream from Repton to found the first church, which was made of rushes, and this was later replaced by a wooden building.   A church certainly existed by 822 AD when Bishop Æthelwold appointed the Canon of Sawley as a prebendary in his Cathedral Church at Lichfield.

Viking invaders, who used the River Trent to reach Repton from Nottingham in 854AD are said to have attacked Sawley on the way and burned the church. 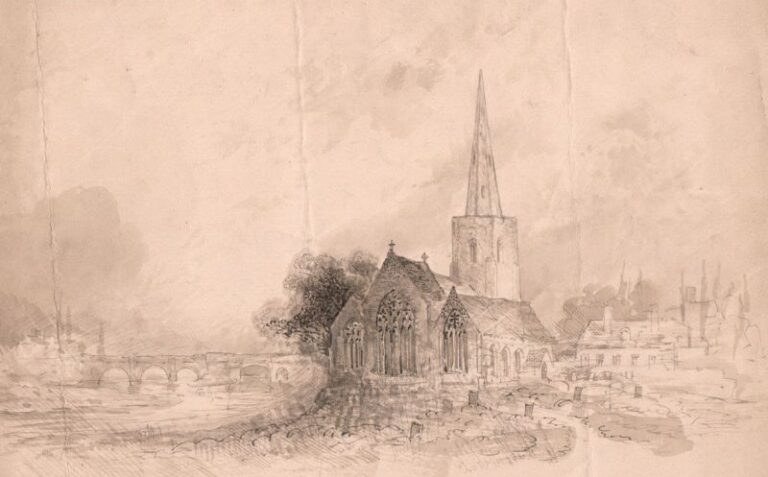 At some point, and certainly by the early 11th century, the church was rebuilt in stone.  At the time of the Domesday Survey, a priest and two Churches were named on the Bishop’s demesne, the two Churches certainly being Sawley and Wilne.

In 1259 (the same year as the granting of the Sawley Charter) Ralph de Chaddesden became the prebendary of Sawley.  He set about enlarging the church, knocking down walls to add side aisles.

In the 1300s a later prebendary, John de Gauselinus, knocked down the old Saxon church, except for its west wall, and rebuilt it as the chancel to the larger church. 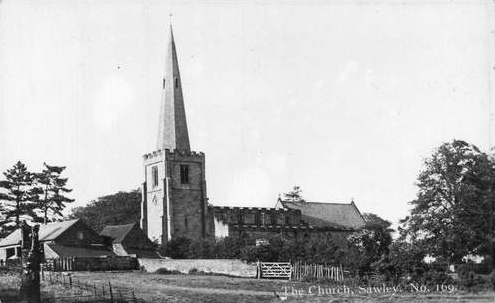 The main entrance used to be on the south (the side away from the road) which is why the porch is there, though today most people enter through the 13th century north door.  The tower and spire are probably 15th century.  The rear choir stalls are from the Tudor period, and the rood screen from the Stuart period.  The pulpit is from 1636.  The Bothe family built the present roof and put in a clerestory storey to bring more light to the nave.  The clock on the spire was installed in 1880, and the organ in 1906. 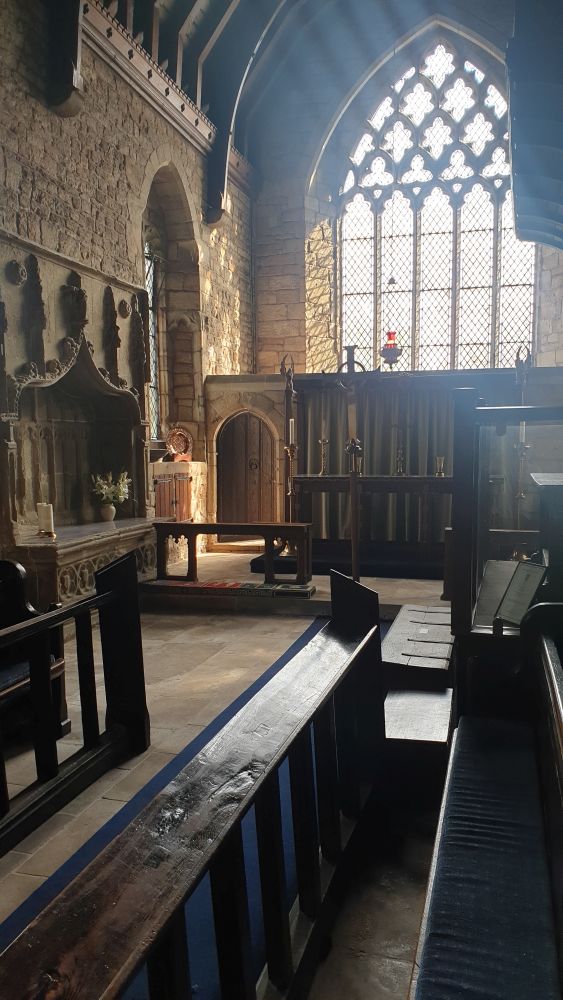 The “Sawley Angels”, dating from around 1270-80, are on display in the new sculpture gallery of the Victoria & Albert Museum in London.  These beautifully carved fragments come from an ornate tomb canopy, made from Dolomite limestone, and were taken from the church of All Saints, in Sawley.

The angels are perfuming the tomb beneath with incense, just as the body of the deceased might have been censed during the funeral service. Originally painted, the canopy would have drawn attention to the tomb, which must have occupied a prominent position in the church. 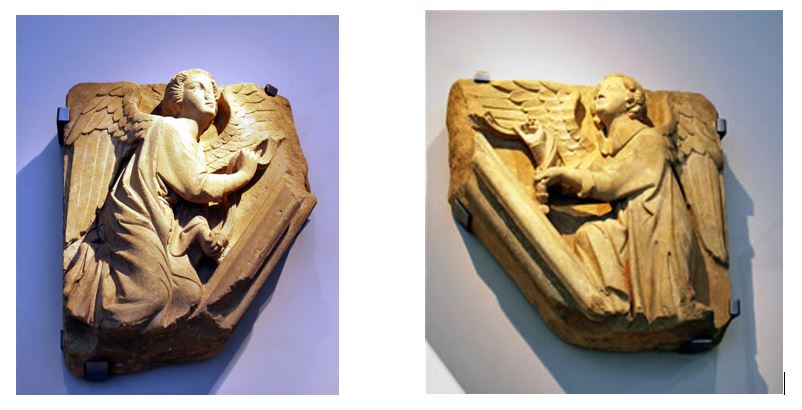 Photographs by Barry Cope of the Sawley & District Historical Society