The Trent flows 185 miles from Biddulph Moor in Staffordshire to the Humber Estuary.  The name “Trent” is thought to be Celtic (pre-Roman ancient British), possibly meaning ‘strongly flooding’ or perhaps a contraction of the words for ‘over’ and ‘way’ as it could usually be crossed by fords. 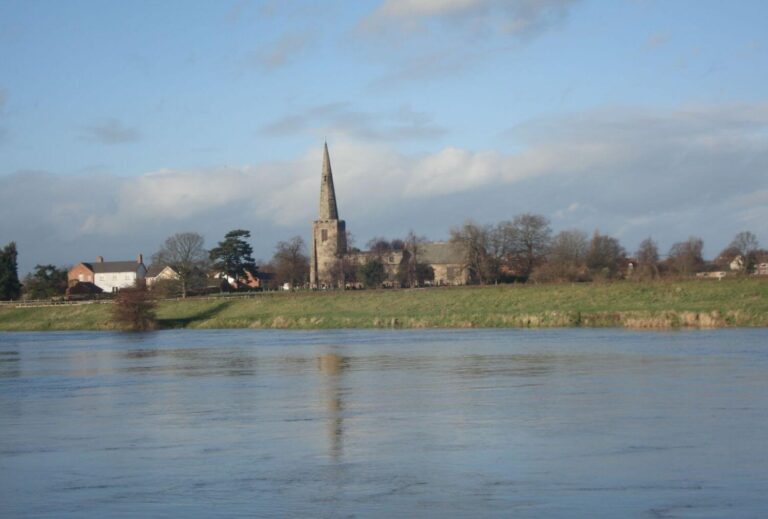 Another cut off meander is the ox bow lake south of Wilne Road (under the M1 bridge).  This used to be a local beauty spot known as the ‘Old Trent’.  There are traces of another old section of the Trent (or the Soar?) between Trent Lock and Red Hill, around Sawley Cliff Farm, which seems to have originally been in Sawley parish.

The Trent has a huge catchment area.  Its main tributaries are the Tame, which flows through Birmingham, the Dove, the Derwent (joining near Shardlow) and the Soar (joining at Trent Lock).  The Dove and Derwent drain the Peak District, so after periods of prolonged rain or melting snow the shallow middle and lower sections of the Trent are prone to flooding.  Significant floods were recorded in 1141, 1309, 1795, 1875 and 1947.  Perhaps it was the 1309 flood that washed away the Norman bridge and altered the course of the river near the Derwent mouth. 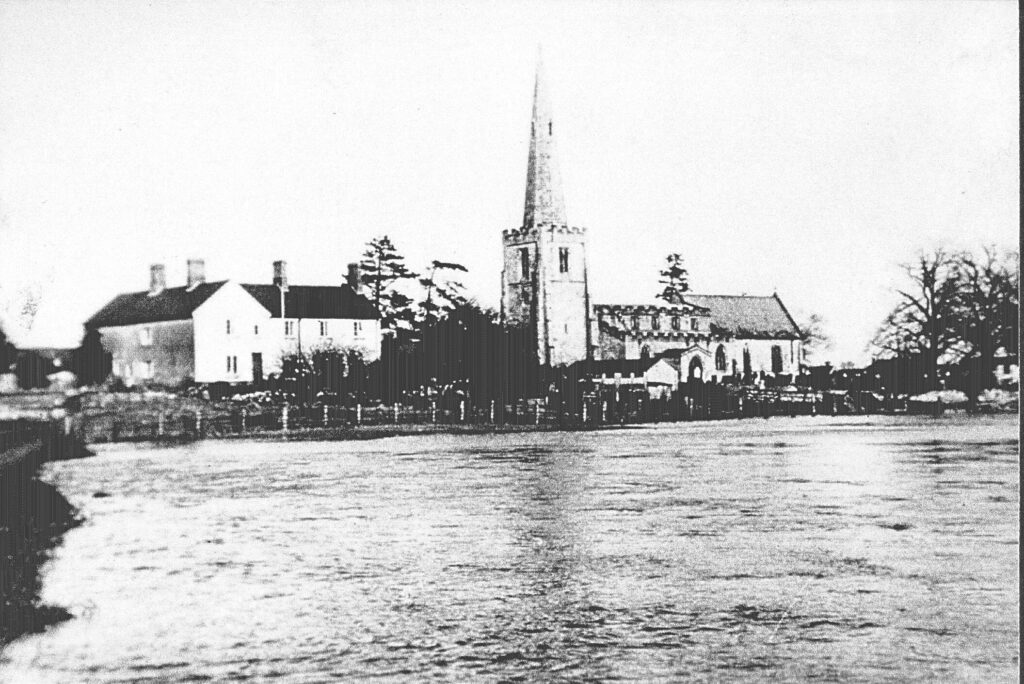 In 1661 the Trent above Sawley was so dried up that anyone could walk across the bed.  In 1893, the Trent was frozen over thick enough to bear the weight of a horse and cart.  Skaters were able to skate from Nottingham to Derby with only occasional breaks.  Bonfires were lit on the ice to convince people of the thickness.  When the ice finally broke up, it demolished the Long Horse Bridge.  The 1795 flood also followed a harsh winter and the water and broken ice destroyed or damaged most of the bridges all along the Trent. 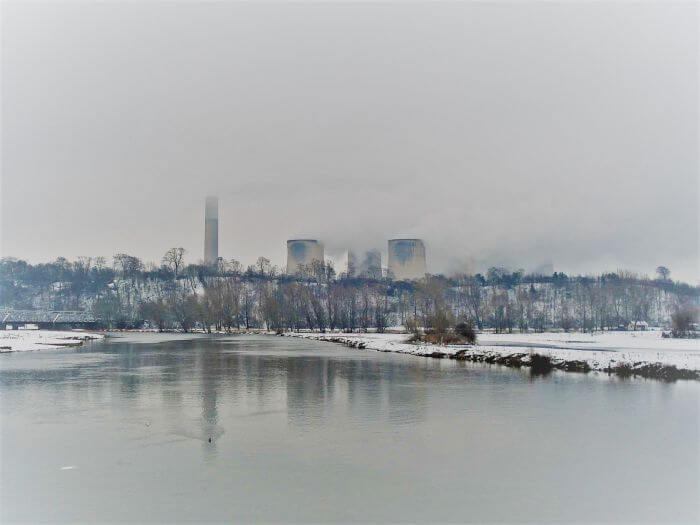 Great improvements were made to local river and canal navigation in the late 18th century.  The Trent & Mersey canal opened in 1777, joining the Trent at Derwentmouth (3/4 mile upstream from Sawley).  The next year the River Soar was made navigable from Trent Lock to Loughborough.  In 1779 the Erewash Canal was opened at Trent Lock.  The Erewash Canal was connected to the Derby Canal at Sandiacre in 1795.  The Trent Navigation Company was formed in 1783 to make improvements to the navigable stretch of the river, including dredging and consolidation of the main channel, improvements to the banks and towpaths, and erection of weirs.  The two weirs at Sawley had to be bypassed by two short canals, or ‘cuts’, the Sawley Cut of 1793 and the Cranfleet Cut of 1795. 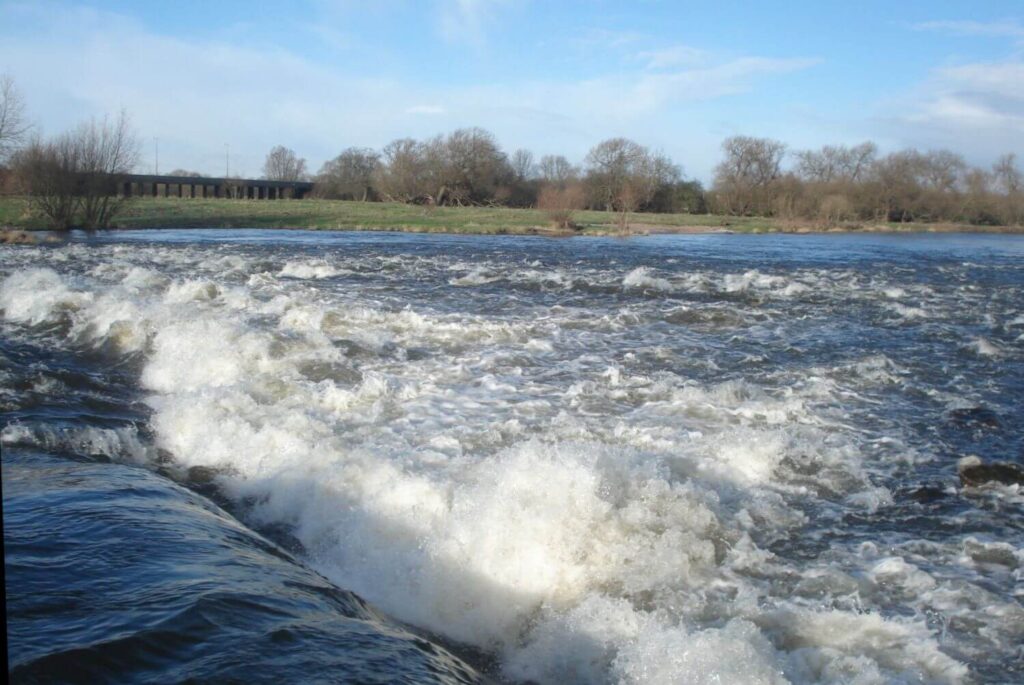 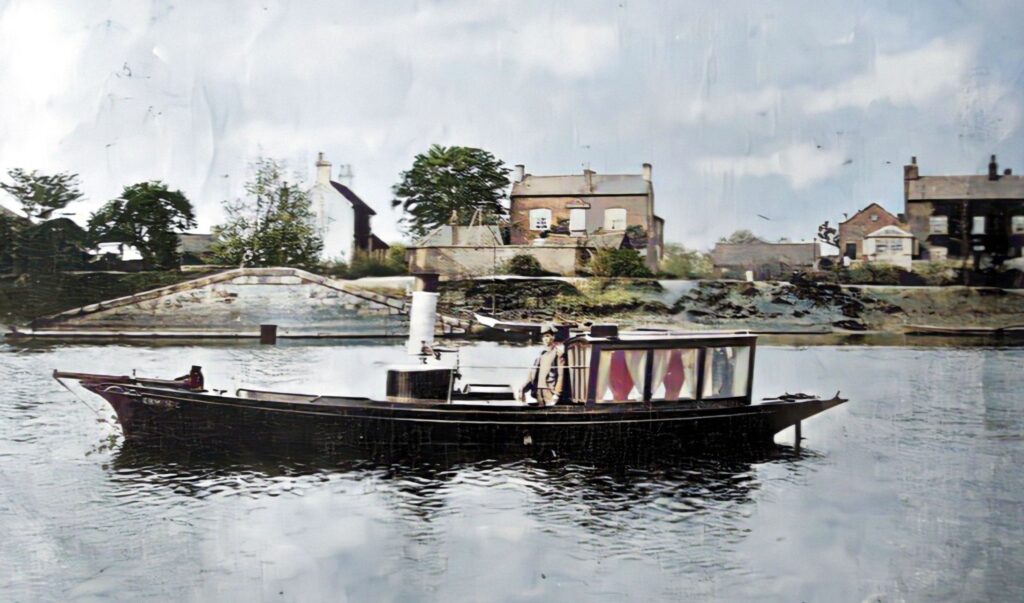 The Trent was usually fordable at Sawley until weirs were constructed at the end of the 18th century.  A Sawley Ferry began in 1321 and continued to operate until the Harrington Bridge was built, slightly downstream of the ferry, in 1789-90.   Ten years earlier, the canal companies had started a horse ferry across the river from Trent Lock, leading to the River Soar towpath and Cliff Farm.  This continued for many years.  The scouts still operate a ferry slightly upstream of the horse ferry.   Further downstream were ferries to Thrumpton (from Pasture Lane, Long Eaton) and to Barton (from Barton Lane, Attenborough).   These services were finally forced to close in the mid-20th century because of the expensive insurance required by the river authority. 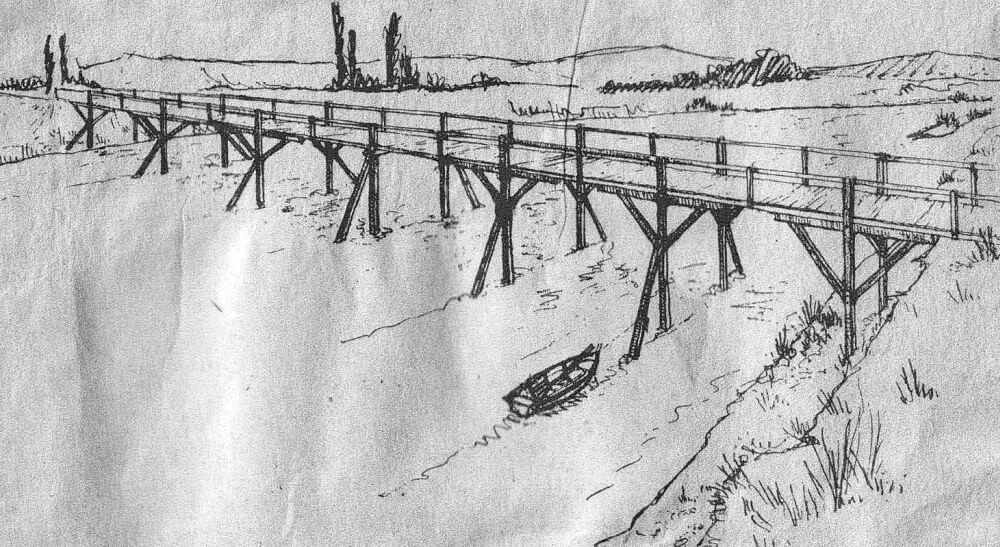 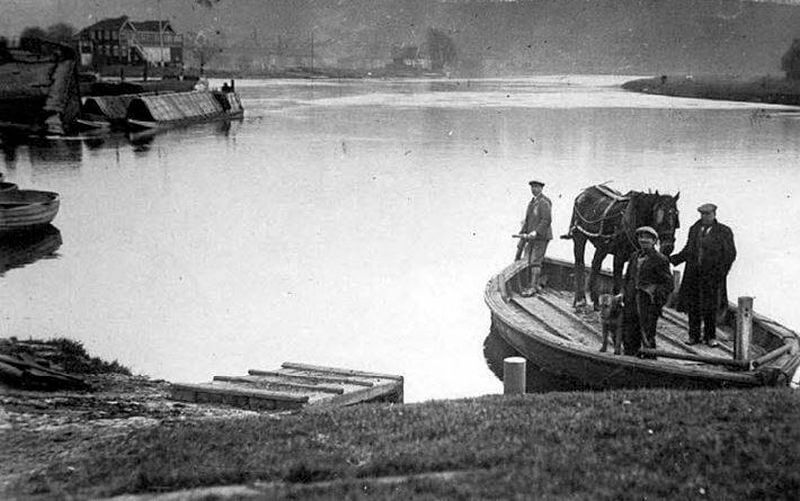 The area of the North bank of the Trent by Grounds Farm is known as Billy Stones.  It is possibly the site of a ford, perhaps that used by the Romans.